Hey!  There is no question there are a few different ways to get into New York via charity – we got this heads up from Julie McElroy, a massage therapist who treats both the Taconics and the slightly faster HOKA One team.  Here’s what she sent us: 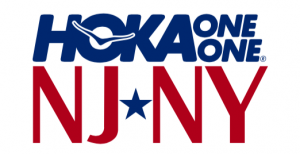 Have you been dreaming about running the NYC Marathon?! Well HOKA New Jersey New York Track Club can make it happen THIS November.

As you may have heard, HOKA New Jersey New York Track Club, the East Coast’s most successful elite track & road racing team, is now headquartered in Westchester, NY and is training out of the Masters School in Dobbs Ferry, Van Cortlandt Park in the Bronx, the Armory in New York City, and Rockefeller State Park in Sleepy Hollow.  Under the direction of famed track coach, Frank ‘Gag’ Gagliano, HOKA NJNYTC trains to compete with the top athletes in the world on the highest levels of the sport– USA Championships, World Championships, and the Olympic Games.

A tax-deductible donation of $2,000 will give you entry into the 2017 marathon and will include an official NJNYTC race kit to wear on race day if you choose. Represent the East Coast’s premier track club while running through the streets of NYC!

A tax-deducible donation of $2,500 will include entry into the 2017 marathon, an official race kit, an invitation to join members of the NJ/NY Track Club for a run in Rockefeller State Park and receive running tips from the coaches as you prepare for the marathon. These donations will be used to help advance the elite athletic program as the athletes continue to train to compete on the world stage.

Please check out the team’s website (njnytc.com) to get a better sense of the club’s mission and accomplishments to date.  Please contact hokanjnytc@gmail.com for more information.