The Passing of Joe Albanese

Sadly, we have learned that long time Taconic Joe Albanese, 90 years old, has passed away.  He and his son John were fixtures at our 4th of July race.  They carried the American flag every year at the Father Mooney 8 Mile in Mahopac, later renamed the Putnam County Classic.
We first heard of his passing from David Fahquhar who wrote:

Joe was a very accomplished runner in his youth, competing for Yale and for the Millrose Club at national events and famous relay competitions.The front lines of a major ad agency leave little time for family much less running. But In middle-age and older he still enjoyed running and competing in a low-key setting. On a good day Joe could get close to 3 hours in the marathon. Later, in retirement , Joe ran his own sports store (All Season Sports) in Chappaqua NY. Time at last for good long runs! Many Taconic members will remember Joe and his son John as they carried the American flag with the runners as they raced around the roads on the July 4th anniversary event 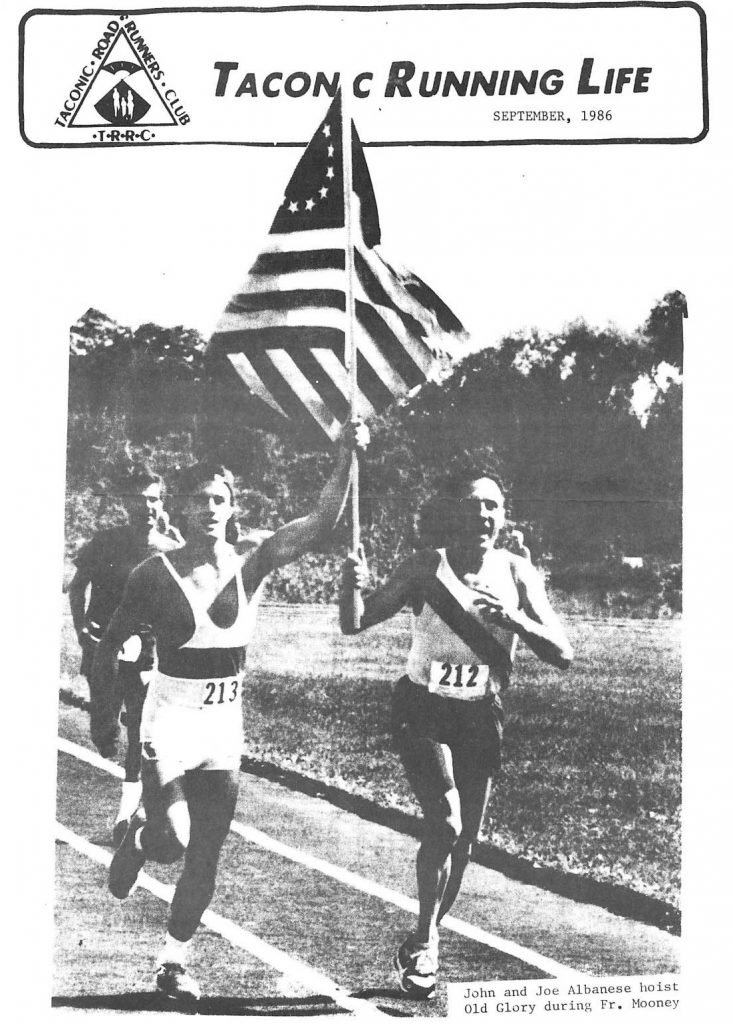