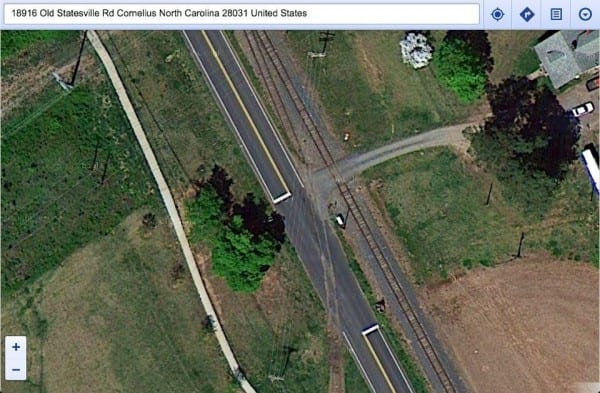 The President of the Taconic Road Runners, George Grenier, was in a hell of a bike wreck last week.  He’s received great news — no surgery.  Here’s a post he put on Facebook which we wanted to share:

I just found the spot on Google Maps that took me down this past Friday morning.  Many of us cycle thousands of miles a year; day/night, sun/rain, hot/cold, country back roads and even the occasional divided highway at rush hour. I learned an important lesson this weekend. I didn’t give this particular section of road the respect it deserved. I paid the price for it.

The last thing I want to do is discourage anyone from cycling. Some of my greatest joys in life have been shared on the bike. Many of my best friends are so close because of the bike. The scale in the bathroom reads what it does because of the bike.
I spent the last three days on my back in a hospital room. I look forward to spending the next three months getting back to the point I was at last Friday morning. Because of cycling, I know I will arrive there with stronger friendships, a leaner body and more respect for what’s up the next section of, the road of life.Hope to see you out there.

Want to wish George the best?  Drop him an email.