The Passing of Frank Sabito

We received word of the passing of Frank Sabito, a long time Taconic. 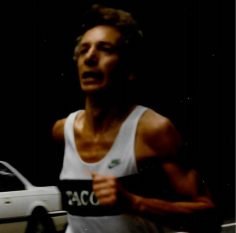 Frank Sabito, a resident of Poughquag, NY passed away peacefully on December 6, 2020, he was 85 years old. Born on February 2, 1935 in Peekskill, NY Frank was the son of Elizabeth and Andrew Sabito.

Frank was a veteran of the United States Air Force where he served from 1953 until 1957. While in the Air Froce he attained the rank of Staff Sargent and toured Europe during the time he was on active duty. Frank received an honorable discharge at which time he began his career working for a local appliance repair company in Peekskill. In 1971, he went to work for Curtis Instruments serving as a design technician engineering and then constructing instruments that ranged from DC converters to control mechanisms for automobiles. After he “retired” from Curtis Instruments in 2001, he was asked to return to lead a division recalibrating instruments that had been developed in the overseas manufacturing operations at Curtis.

Frank was well known in Westchester County for his love of jogging; competing in numerous running races ranging in distances from 3K to full 26.2 mile marathons. Over the course of his life Frank ran in over 60 marathons, with his crowning achievement being the first American finisher in his age group in the NYC Marathon in 1987 with a time of 2 hours and 52 minutes. Frank was also an avid amateur astronomer. He loved using his telescope to identify stars, comets, planets and other celestial objects. Frank could often be found on his deck in the evening focusing in on whatever was shining in the sky. If he wasn’t jogging or identifying stars, Frank also enjoyed skiing and ice skating. Most winters found Frank and Phyllis downhill and cross-country skiing in Lake Placid or the Adirondacks; or ice skating at the many indoor and outdoor skating rinks in their area such as Bear Mountain.

Later in life, Frank enjoyed spending time at home reading; and visits from his great grandchildren, grandchildren and stepchildren. At home is where “mema and Papa Frank” would enjoy planning clambakes, and holiday gatherings. Birthdays, weddings, and the birth of additions to the family were always a cause for celebration.

A celebration of his life memorial mass and burial will take place at a future date due to the Covid -19 virus.